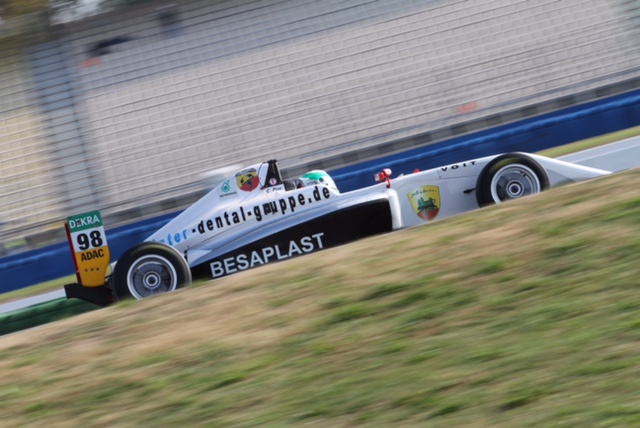 Strong performance, leadership kilometers and points for the end of the Season (26.09.2017, Heusweiler / Hockenheimring).

At the great final of the ADAC Formula 4 in Hockenheim, Cedric Piro from Heusweiler showed his great talent. The 19-year-old showed an impressive performance and collected plenty of leadership kilometres in the third and final race of the season. Cedric won points both in the first and third race.

At the last race Cedric started from the opening row and was more than ten minutes in the lead. In the end he finished sixth. Over all a considerable achievement. In total, the racer from the ADAC Saarland got ten points and scored points for the first time in two races in one weekend. All the more impressive is that Cedric and his team “Piro Sports Interdental” are one of the smallest teams participating.

In the first race the student moved from fifteenth place to ninth place. In the 2nd race on Saturday afternoon, the Youngster was briefly in the top ten but finished 14th. In the third race on Sunday, more than 18,000 spectators witnessed Cedric Piros big moment. Cedric drove his best race this year at the 4.574 km (2.842miles) Hockenheim. Starting from the first row at his last ADAC Formula 4 race and his leadership kilometers were definitely a highlight.